2 of my Still Life pictures will be on display at the SALON Exhibition at Waterhall Gallery, Birmingham. If you are around Birmingham between 12 and 2pm, feel free to visit the show. The exhibition offers over 100 works of contemporary art for sale by 80 artists from the West Midlands and beyond between 13 November to 23 December 2015.  Works include paintings, prints, photography, sculpture, book and film. 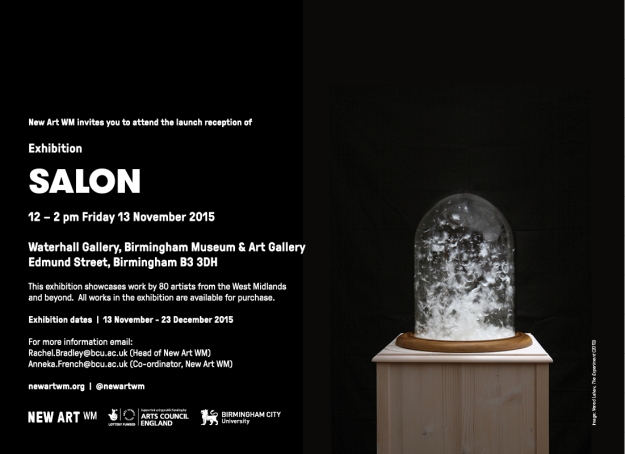 BUGIBBA SALT PANS Situated on the foreshore of the Bugibba area next to the pier, these salt pans have been known to be here for a very long time. Probably like other sites in the region, a fine layer of sand covered and preserved them in the state they are in, to the 21st Century. The site is a pride of bygone engineering skills, basing it’s unique function on the simple law of gravity. The water flow is directed to different pans, through rock-hewn gutters, and controlled by the use of sluice gates and stone shutters. In other parts, circular channels bring the water level to service other canals that otherwise would be excluded from the system. The workmanship is excellent, particularly when one compares the site to other salt pans around the island. Two large salt-water reservoirs linked the rest by a central canal system furnished the smaller pans with water. Previously there may have been as many as six such reservoirs, some of which have been buried under new development. From the reservoirs, the central channel runs to two different sluice gate systems that service a number of pans, six of them being a uniform square type. A complex circular system of water control connected three of the pans. This system making use of stone shutters and canals, would have served to bring up the water level to the desired level so as to service the other pans further along the system. 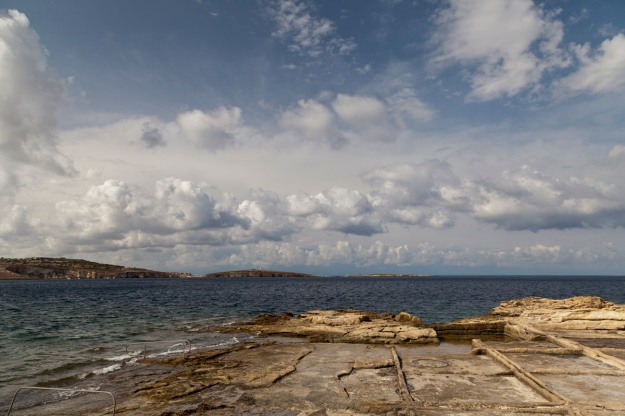 Salt-pans are reputed to have been used here since Roman times. Salt was a valuable commodity in earlier times; Roman soldiers were sometimes paid with salt – this is the origin of the English word “salary”. The Northern Coast of Gozo proved very suitable for this purpose because it had extensive flat stretches of coastal limestone into which basins and channels could be cut by hand. The hot summer climate with strong drying winds was also an important factor. The basic production process is simple; in early summer seawater is fed into a series of shallow basins through a system of hand-dug channels. After concentration and evaporation by wind and sun during the hot summer months, the white sea-salt can be collected and bagged. 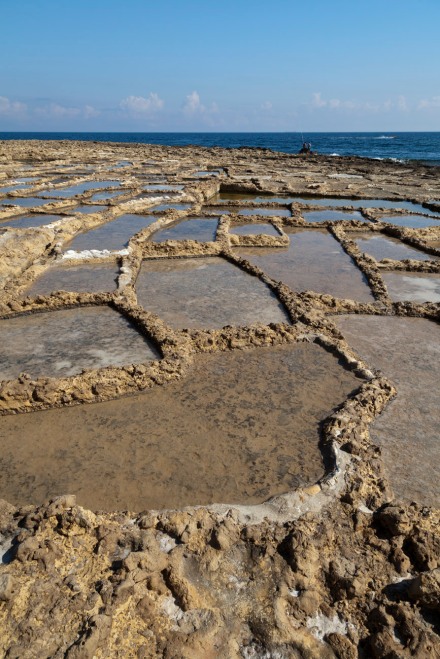 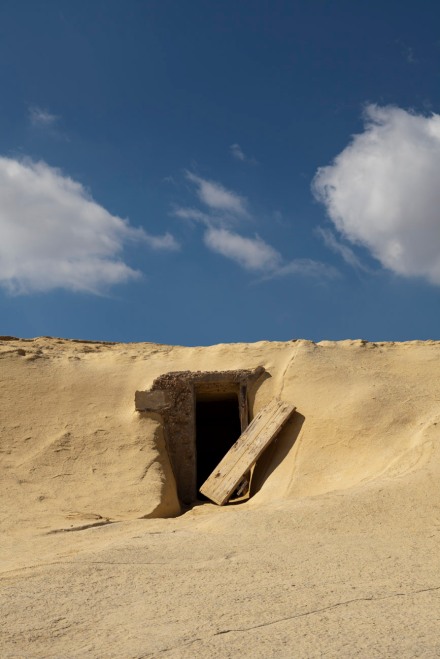 “Yesterday I bought 50 Euros of squid. This, we use it for the bait. So we cut it into pieces like this and they float. But today it stays at the side of the rocks, not so far away. I had no luck, I caught nothing.”
Geatano Micallef, Fisheman. Il Blata Tal Melh, Rabat, Malta. 29 August 2014.

“You have to be careful where you walk here. When you get to the inlet you have to run and then jump across it but watch your head on the other side because there is a rock. Some rocks fell down years ago and now it’s harder to get to the other side.”
Fisherman. Il Blata Tal Melh, Rabat, Malta. 29 August 2014.

The main floor has an impressive picture gallery with works by Mattia Preti, Antoine Favray, Francesco Zahra and other Maltese as well as European Artists. Also a collection of 17th- 19th century Spanish, Italian and Maltese silver; a unique wooden altar used for the celebration of Mass on the galleys of the Order of the Knights of Malta; a collection of old relics and reliquaries, sculptures in wood, alabaster and bronze, including a medallion by Alessandro Algardi; maps, coins, prints and rare books among which is King Henry VIII’s ‘Septem Sacramants” written to confute Martin Luther and above all a baroque chapel for the private devotions of the residing chaplains. 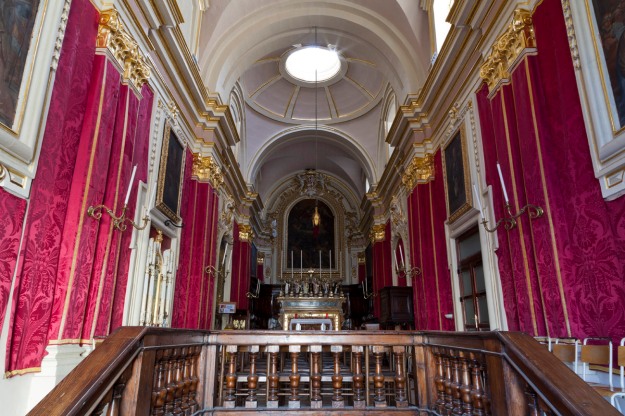 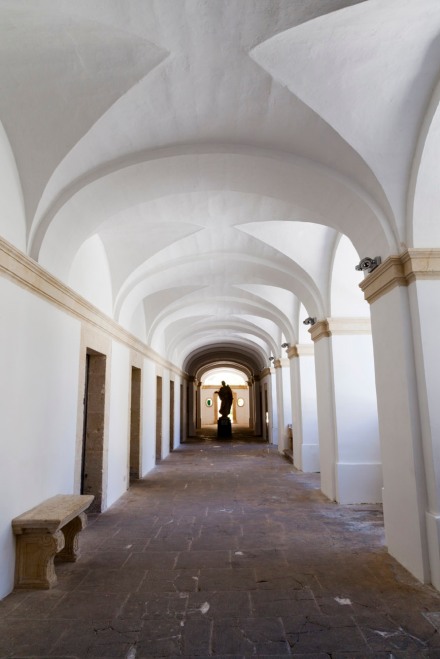 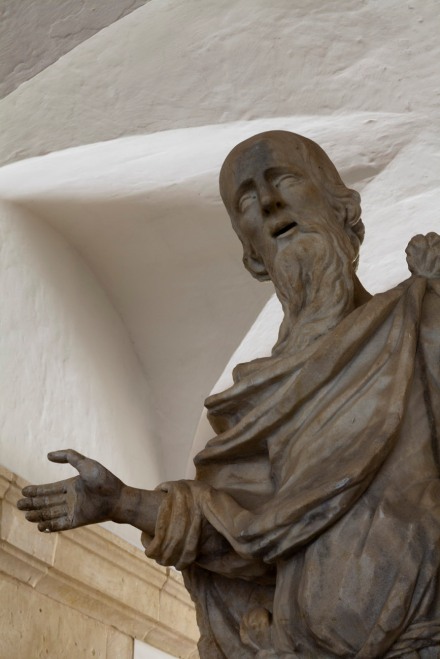 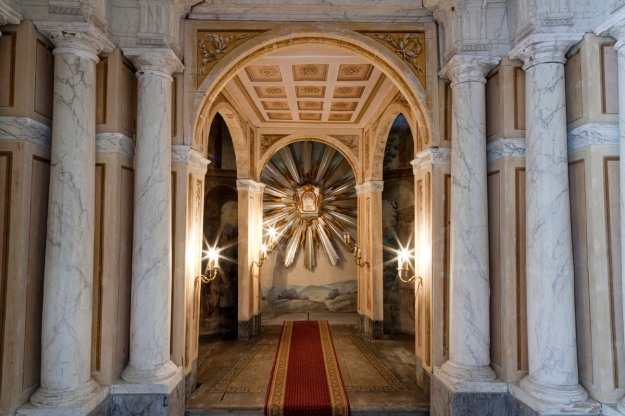 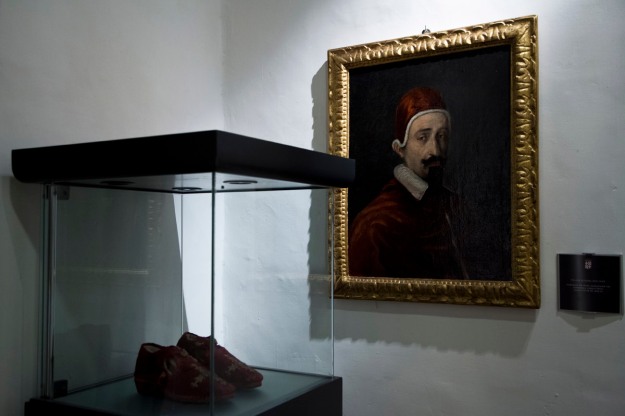 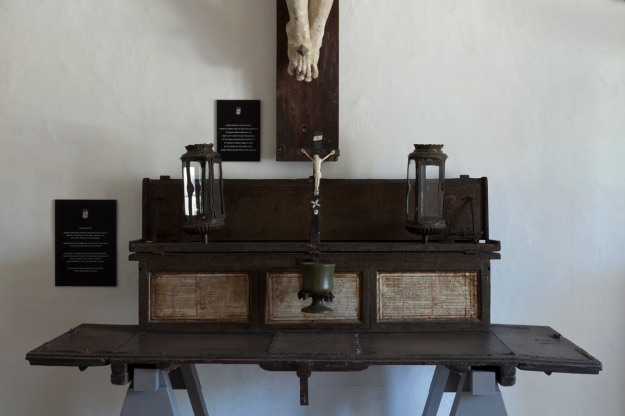 The Wignacourt Collegiate Museum at Rabat Malta has been reopened after a thorough refurbishment of the whole building – a baroque residence of the Chaplains of the Knights of Malta inaugurated by Grand Master Aloph de Wignacourt (1601-1622) as well as of its contents.

St Paul’s Grotto, the cradle of Christianity in Malta, the place where St Paul the Apostle in A.D. 60 is believed to have founded the first Christian Community on the island. 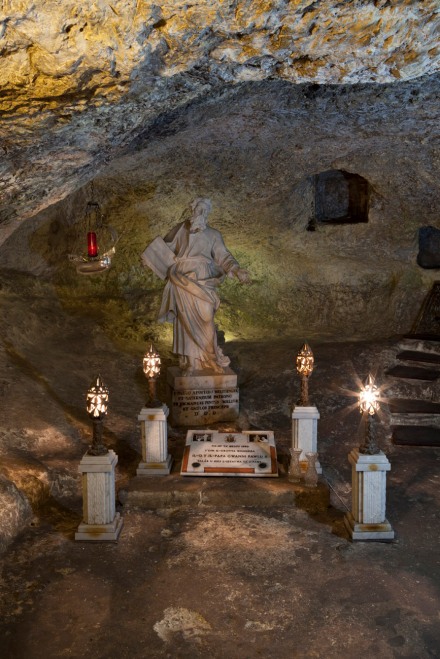 In association with Square Magazine, I will be exhibiting work in an upcoming group exhibition on Monday 22nd May – 28th June 2014 at:

One of my still life series appears in the latest copy of ‘Square Magazine’.

Issue 501 can be read here: http://www.squaremag.org

My 2nd selection of images for submission to the Fujifilm Student Awards 2014. The overall pinkish hue is a result of cross processing slide film, which also happens to be 8 years out of date. 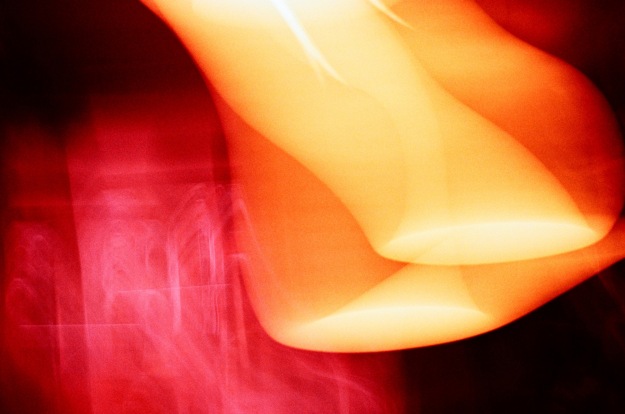 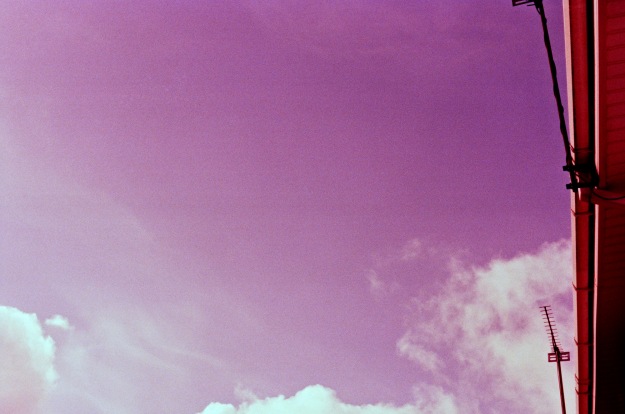 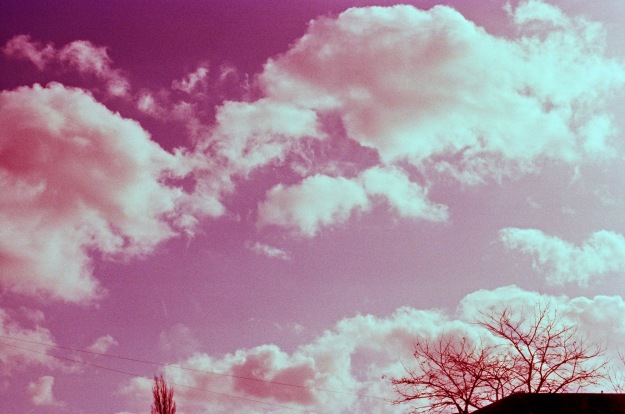 One of my images is on the front cover of the university magazine ‘Fresh’.

Taken at the Chinese New Year festival in Birmingham on 2nd February 2014. Chinese dancers photographed using a slow shutterspeed. The lens is deliberately out of focus. 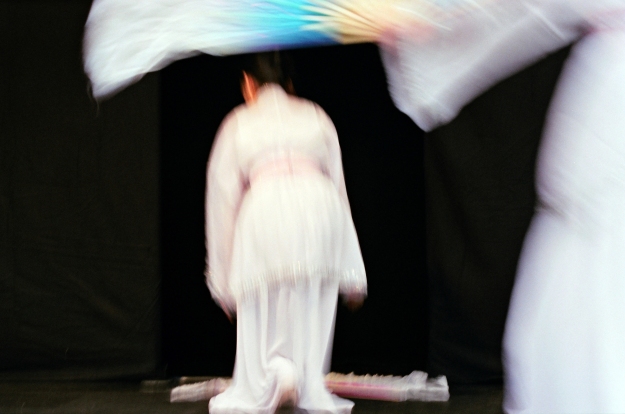 I have a piece work currently exhibiting at the Library of Birmingham on ‘The Photographer’s Wall’.

A new public space launches this week at the Library of Birmingham dedicated to photography and photographers from across the region.

The Photographers’ Wall is an open space located above the library’s café. Featuring some of the best photography made in the region, the wall aims to break down the barriers which galleries often face, taking photography directly to visitors of Europe’s largest Library and interacting with an audience who may not normally explore photography.

Launching on Thursday 23rd January, the first exhibition features a range of individual works drawn from larger projects made by artists who hail from or are now based in Birmingham and the West Midlands. It also includes images from the nationally designated and internationally significant Library of Birmingham Photography Collection.

The exhibition will highlight the wealth of creative talent, the wide variety of photography practices and the diverse range of projects made, or in the process of being made by emerging and established artists in the region.

Pete James, Curator of Photography at Library of Birmingham, said: “The diverse range of images on show in the exhibition reveal just part of the enormous breadth of photographic talent based in the region. It encompasses work made in response or influenced by Renaissance painting all the way though to modernist photo-montage and others which represent the best of contemporary documentary and fine art practices. In the exhibition the work of established photographers sits alongside that or emergent artists confirming that Birmingham and the West Midlands has a long tradition as a centre of photographic excellence. It is the Library of Birmingham and GRAIN’s objective to bring wider attention and recognition to this important part of the region’s cultural profile.”

The Photographers’ Wall is a partnership project developed by the GRAIN Photography Hub and the Library of Birmingham, supported by Arts Council England. 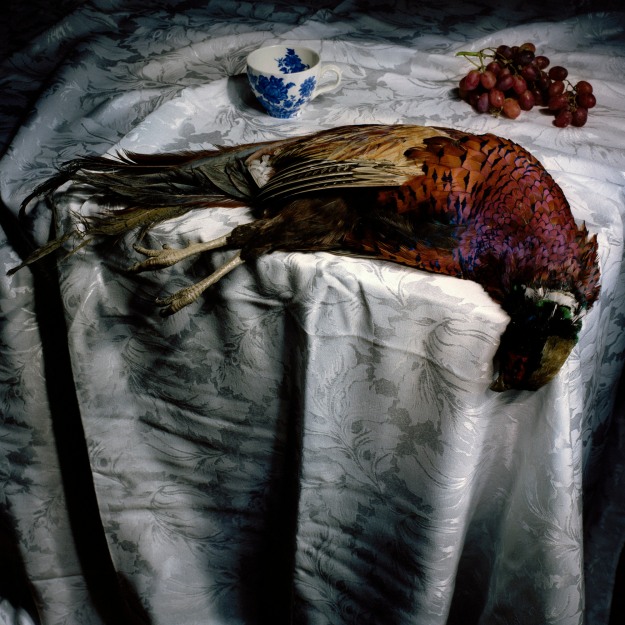 No copying without the photographer’s permission.
All images copyright ©2010-2014 Tony Blood Photography All Rights Reserved.

A few photos taken on the opening night of the ‘Human Condition’ exhibition at Eagle Works Gallery in Wolverhampton. Thanks to everybody that came, it was a good turn out. 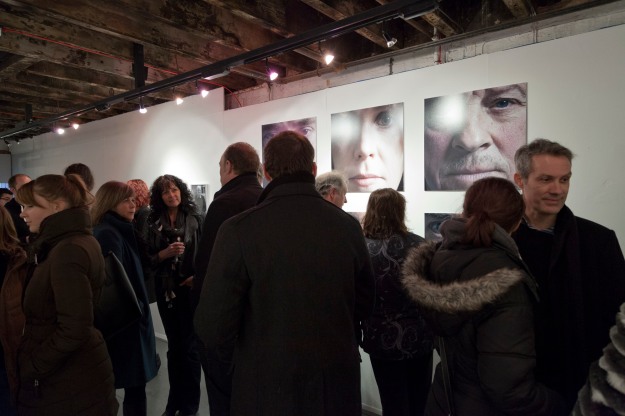 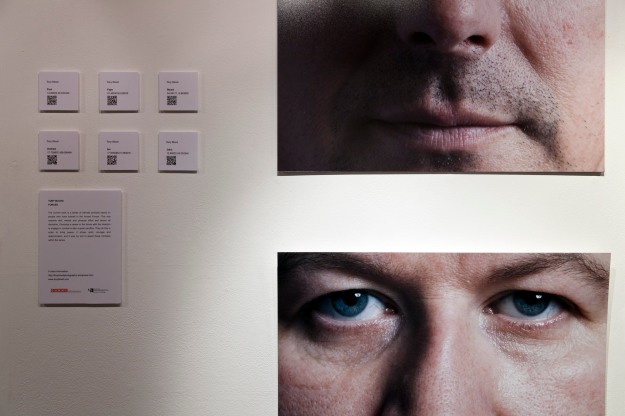 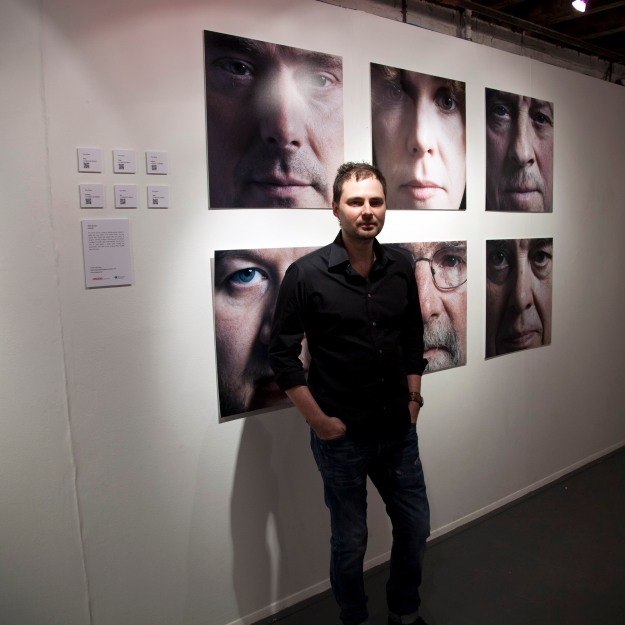 No copying without the photographer’s permission.
All images copyright ©2010-2014 Tony Blood Photography All Rights Reserved.

tonybloodphotography
Create a free website or blog at WordPress.com.