The sense of mystery inspired by the richly-painted dome interior at the Carmelite Church is deepened when one considers that no-one knows who actually designed it. Many attribute the French military engineer Mederico de Blondel des Croisettes, who built the Santa Maria di Gesù in Valletta. Nonetheless you are walking among secrets here in the first elliptically-designed Baroque church in Malta, where the Friars dutifully gather in turns for the Eucharist and the ‘Divine Office’.

With the building stripped of its precious silver and damask hangings during the French occupation of 1798-1799, Maltese rebels finally rose against their oppressors: the church was laid to siege while a young boy climbed the belfry to ring the bell as a call to arms, igniting Mdina’s revolt against French domination. 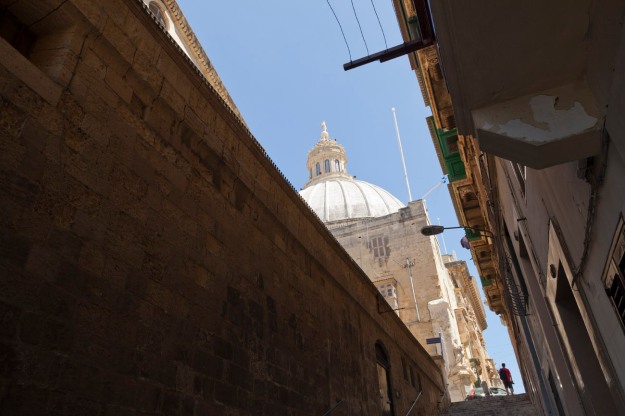